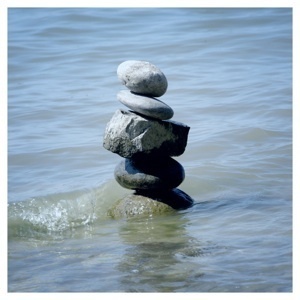 The first time I meditated I was in high school and it was the night before a big exam. I don’t remember well how I found out about it (probably stumbleupon) but it became an important part of the exam preperation ritual for me. I’d lie in bed before going to sleep and count to 100. I stopped doing it on my own for a long time, although I did some small meditation sessions during the martial arts classes I took in high school and university.

Finally after getting fed up with my poor concentration at work, I decided that meditation would help me with focus. I also wanted to fix my posture and the good posture you need while meditating seemed like a good way to improve how I sat. This was last summer, but it turned out that sitting was really hard physically. That’s mostly because I was sitting wrong. I gave up for a few months until January of last year rolled around when I decided to make meditating regularly one of my goals. At first I just tried to do it on a best effort basis, with the goal of 3 or 4 times a week. That ended poorly. It was much to easy to find an excuse to not meditate today because I was too tired or too busy.

Finally I decided to give beeminder a try. If you’ve never heard of beeminder you should go read this page post about it but basically it’s a goal tracking with teeth. You can track my progress here (for those of you who are that bored). Having actual money on the line helped a lot. I started meditating considerably more often, but it wasn’t for very long periods, and I struggled a lot with the actual focus bit. My technique at this point was the same one I started out with initially. Counting 100 breaths while sitting cross-legged somewhere dark and quiet.

After getting frustrated and de-railling from my beeminder a few times, I went into RESEARCH MODE and scoured the internet. Someone from the Less Wrong IRC finally suggested the Aro Meditation course. It’s basically a weekly email that walks you through meditation as if you were a complete beginner. I highly recommend it as a resource if you are just starting out. One of the most useful pieces of information that it introduced was how to site like a human. Right now I am on week 13 of the Aro course and I can comfortably meditate for 30 minutes and I aim for 6 times a week. It’s been a pretty successful course I think, but I am starting to run into a wall.

Currently when I meditate I find it super difficult to quiet my mind and I often end up following trains of thought for quite some time before I realize I’ve let my mind wander. I suspect that this is because I tried to start using the more advanced meditations techniques suggested in the Aro course before I had masted the easy ones. I’m also going to try an experiment and use the meditation technique described here

Has meditation increased my concentration? I’m not entirely sure. I think it’s helped since I am finding it easier to focus for long-ish periods of time at work, but there are so many other factors that have changed since my initial decision that I can’t in good faith assign a high probability to meditation being the cause of this.

Will I keep meditating? Yes, I think I will. My goals have shifted a bit towards trying to become more mindful. The most valuable part of regular meditation has been to spend some serious time examing my own mind and my own thoughts. It’s kind of amazing how easy it is to avoid noticing how your brain actually works.